Imco Triplex - it "Volkswagen" world lighters, the largest mass of ever produced models. The exact number of issued "triplex" can not be determined, but it is assumed that the bill goes to the hundreds of millions. Overall, the Austrian company IMCO in its history since 1918 has produced more than half a billion lighters, ahead of all other manufacturers, including the legendary Zippo.

The case of this model 1937 is made of steel, and the fuel cap - from light brass. The capsule has a rather unusual design, quite similar to the modern IMCO: it does not have the usual lower cap, instead removed the upper part of the short, giving access to the inside of the brass bracket that holds the wool. Such a structure is not easy to fill in the usual way, pouring gasoline from the canister. But it is ideal for field use - just remove the top part of the capsule together with a clip and just immerse it in a container with gasoline!

Lighter features a removable small screen, which you can pick up and close the opening windshield, thus adjusts the height of the flame. This is the first model with a similar IMCO mobile screen models Triplex he has now.

On a silicon tube inscription is not very clear purpose "5 m / m» - most likely at the time of release of the model on the market just had different sizes of silicon and diameter, and just in case this "reminder" to talk about what is put in flint lighter. This lighter also told a little story about his former owner, it was worth a good wash and clean off the rust from the case judging by the not too noticeable inscriptions scratched on the side of the body (it is seen on the second photo), lighter once owned by the name of Mr. Schmieder. 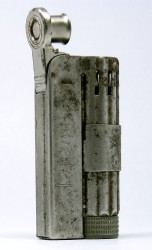 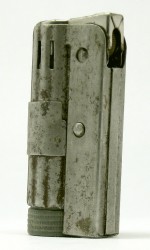 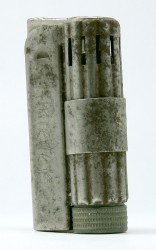 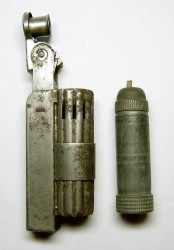 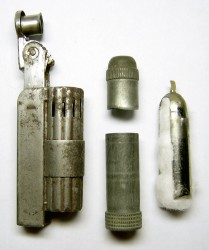 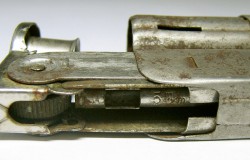 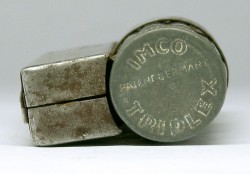